Bericht: Breaking out of the liberal echo chamber 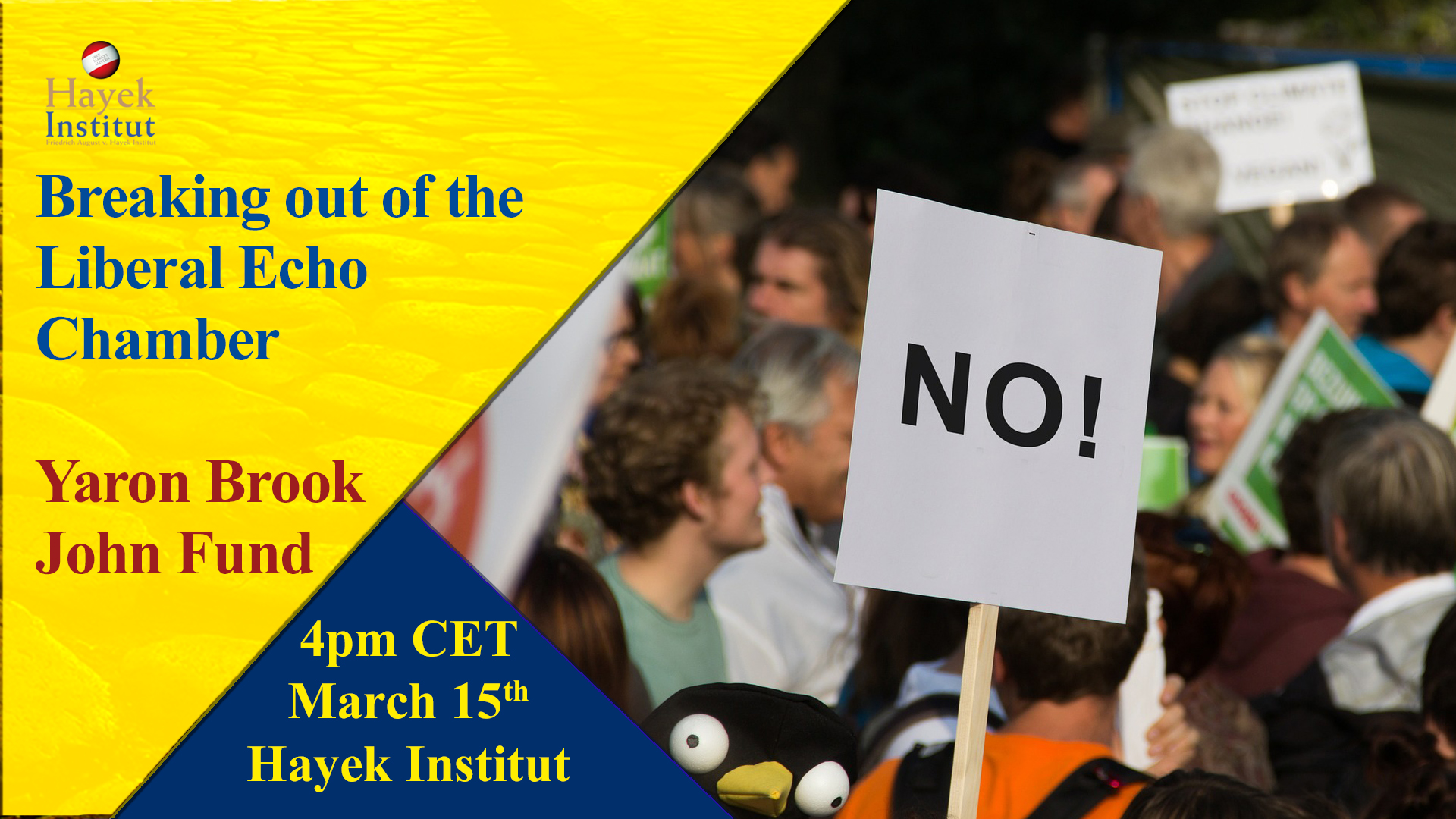 Yaron Brook and John Fund met at the Austrian Economics Center to discuss the breaking out of the liberal echo chamber and the future of the liberal project.

Yaron Brook started by, at the same time, defending the liberal project while also stressing its limitations and weaknesses. Brook argues that the liberal project is failing: the basic premises of the liberal project are waning from the public discussion and spirit and, at least from the time of Thatcher and Reagan, the idea of economic liberalism seems to be rejected worldwide. Brook mentions Brexit as an example of this process: while it was championed as a possible victory for liberalism and free trade, it turned out that Britain became more statist after leaving the EU, not only still embracing much of its bureaucracy and limitations but adding to that their own national bureaucracy and limitations on immigration and free trade. 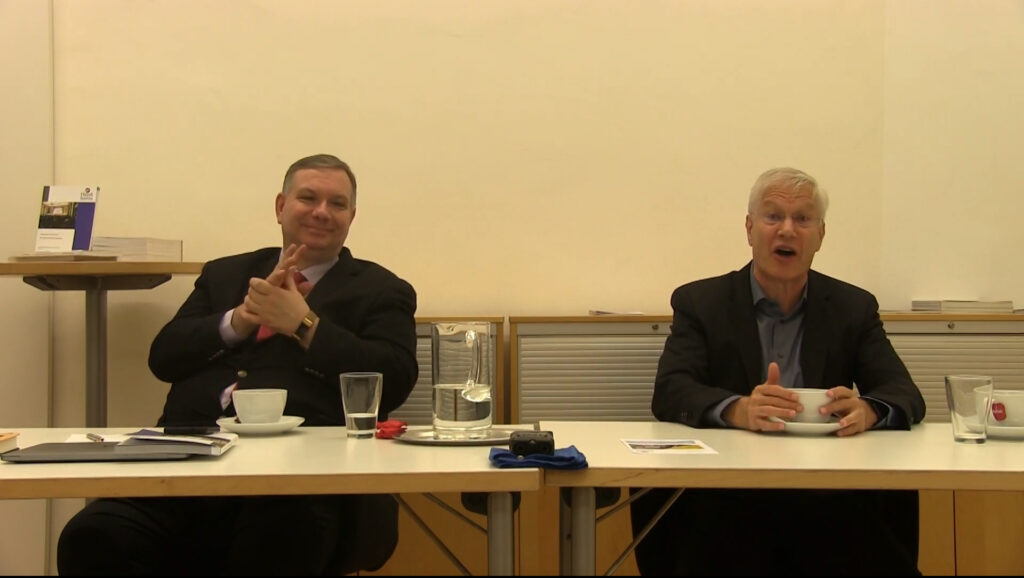 Brook thus concluded that the only way out and the only road available for the liberal project is a thorough defense of individualism and the market economy in its fullest and purest sense. Liberalism has failed recently because it has refused to be philosophically radical, that is, to break out with all forms of collectivism and statism that haunt our contemporary world. Brooks thus thinks that the crisis of liberalism is the product of it trying to create too big of a tent, of trying to embrace distinct and contradictory philosophies that, at the end of the road, lead to disaster and failure. The liberal project should, thus, return to Ayn Rand and objectivism, a radical defense of individual freedom and sovereignty.

John Fund, while not majorly disagreeing with Brooks, stressed different points in his analysis. Fund argues that the dream of a liberal project that was born after the fall of the Berlin wall turned out not to be the dream we thought it was. With the fall of communism, there was a feeling that free markets would dominate the world, that the rule of law would become the norm and that, in general, liberalism was the only viable available option for the future. This feeling was perfectly encapsulated by Francis Fukuyama’s idea of the ”end of history”.  But this never actually happened.

Fund thinks that this happened mainly because we forgot what freedom means. As he put it “the love for liberty is not something that is passed through bloodlines”, it rather requires a continuous education for liberty, the constant stressing of our values and where they come from. When we forget the source of our values and what grounds them, they are doomed to be forgotten. Liberalism must, then, be communicated and passed on through the active participation of parents, teachers and leaders of liberty.  So, even though Fund is very worried about the last 25 years and the current state of the liberal project, he thinks that we still have time to rescue and revitalize it. This, however, will only happen through our active participation. We are not living the “end of history” because history never ends, liberty can never be taken for granted, it must rather be constantly nourished and defended.

Here is the Recording for the event: