Bericht: Webinar – Analysis of the US Presidential Elections 2020 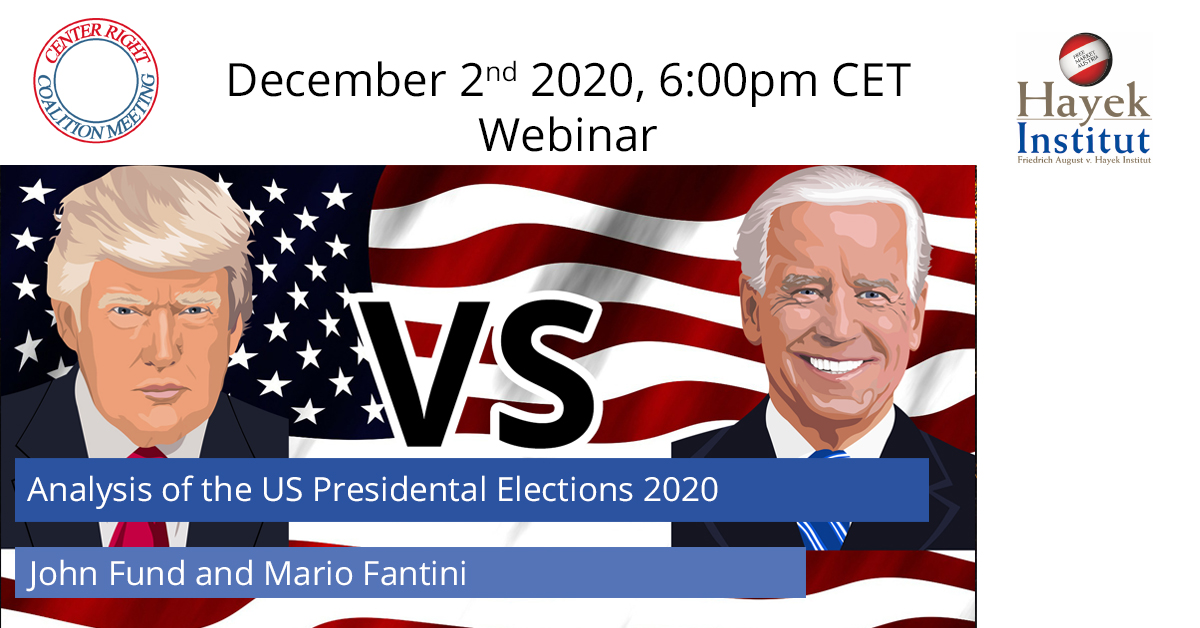 Analysis of the US Presidential Elections 2020

Was is still left for the Trump administration? There is almost no chance for Trump. Although he will raise a lot of money to convince people that there is still a chance. Even if there are questions that need to be answered, there are has been no irregular action during the election.

John Fund is convnced that “Donald Trump will pretend to run for the presidency 2024 for the next three years. He will steal time from other candidates. And then in the end he will not run.” He knows him personally for decades. While falling short in social skills, Trump is a genius when it comes to convincing people. The problem is that actions do not always follow his words. 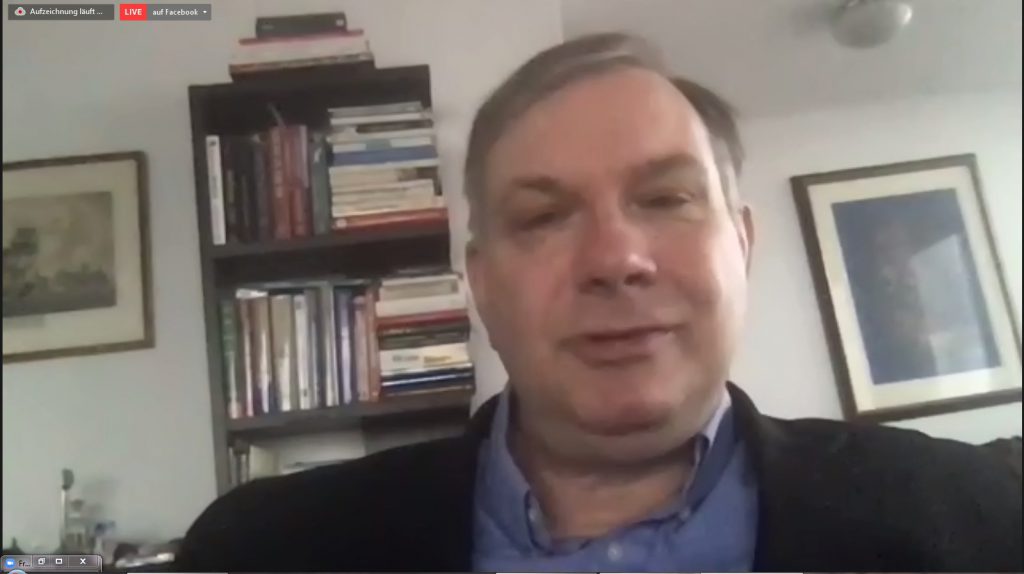 The media do no declare who is president. The election officials of all 50 states must report by December 8th, so the election results can be certified. The president is elected by electors, the people who have agreed to vote for the candidate who carries their state can be assigned on December 14th. Donald Trump has not yet condeded because he is angry, as the election certainly raises questions of manipulations. Although these manipulations would not change the outcome, but raise concerns.

Mario Fantini was interested in the fact that rural voters favored Trump over Biden significantly. America is devided between rural areas and urban centers. Is that division getting worse? John answered that for most of America’s history, voters didn’t care about politics, because they were interested in the serious business of living. Politics is not top priority, even today. America is divided primarily on the basis of income: people with higher income tended to be Republican, whereas people with lower income tended to be democratic. But that changed. A large proportion of African American male voters voteed for Trump – who are not a traditional Republican group. 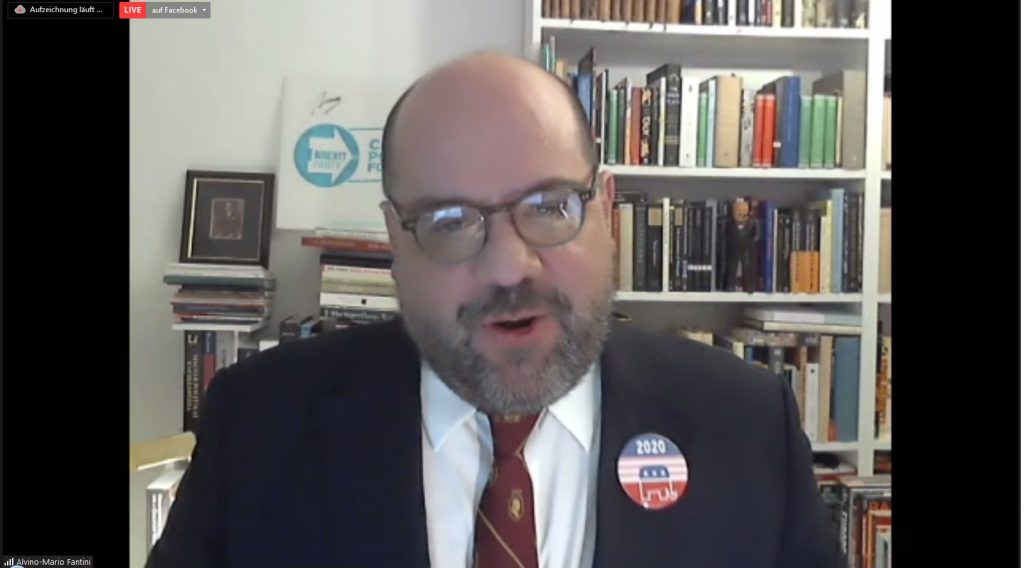 Democrats celebrate Kamala Harris as being the first person of color in this position. But “No one votes for Vice-President.” Her running for Vice-presidency was great for the media and social media, but did not have a great impact on the voting, assumed John.

Elites a formed by the same background: going to the same schools, living in the same neighborhoods, in short: you need to fit into their boxes. We see over and over again calls for racional preferences in admitions to colleges, in public hiring, and in contracting for government services. Studies show that people with the same socio-economic status profit. So, if you open slots at colleges, they tend to go to people of the same socio-economic grouping. Voters repeal attempts of racial preference: more Asian, Hispanic, and African American voters were against than in favor. Why? These ideas are not coming from the minorities, but are being imposed on them. Immigrats often come from countries where there is a great deal of suspicion of government picking winners and losers. 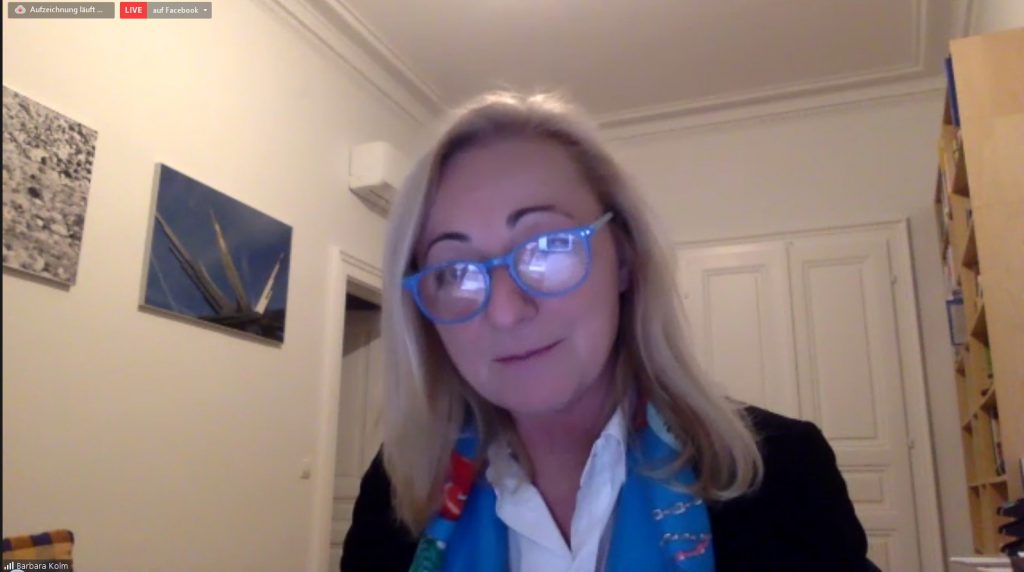 Does Biden mean the return of the Establishment? The Establishment is going to be very boring compared to Donald Trump. Biden will use Executive Orders to overturn much of what Trump did. But he will meet with opposition in the Republican lead Senate. Midterm election almost always lead to the party in power losing House seats. Biden’s accomplishments will be significantly less than what he wants to realize.

Joe Biden is 78 years old. He is not expected to run for a second term. That means he is a one-term president. Biden himself has already said that he is a transitional president. His team consists of conventional technocratic liberals.

The election in 2024 will be completely open.

The book mentioned during the discussion is: