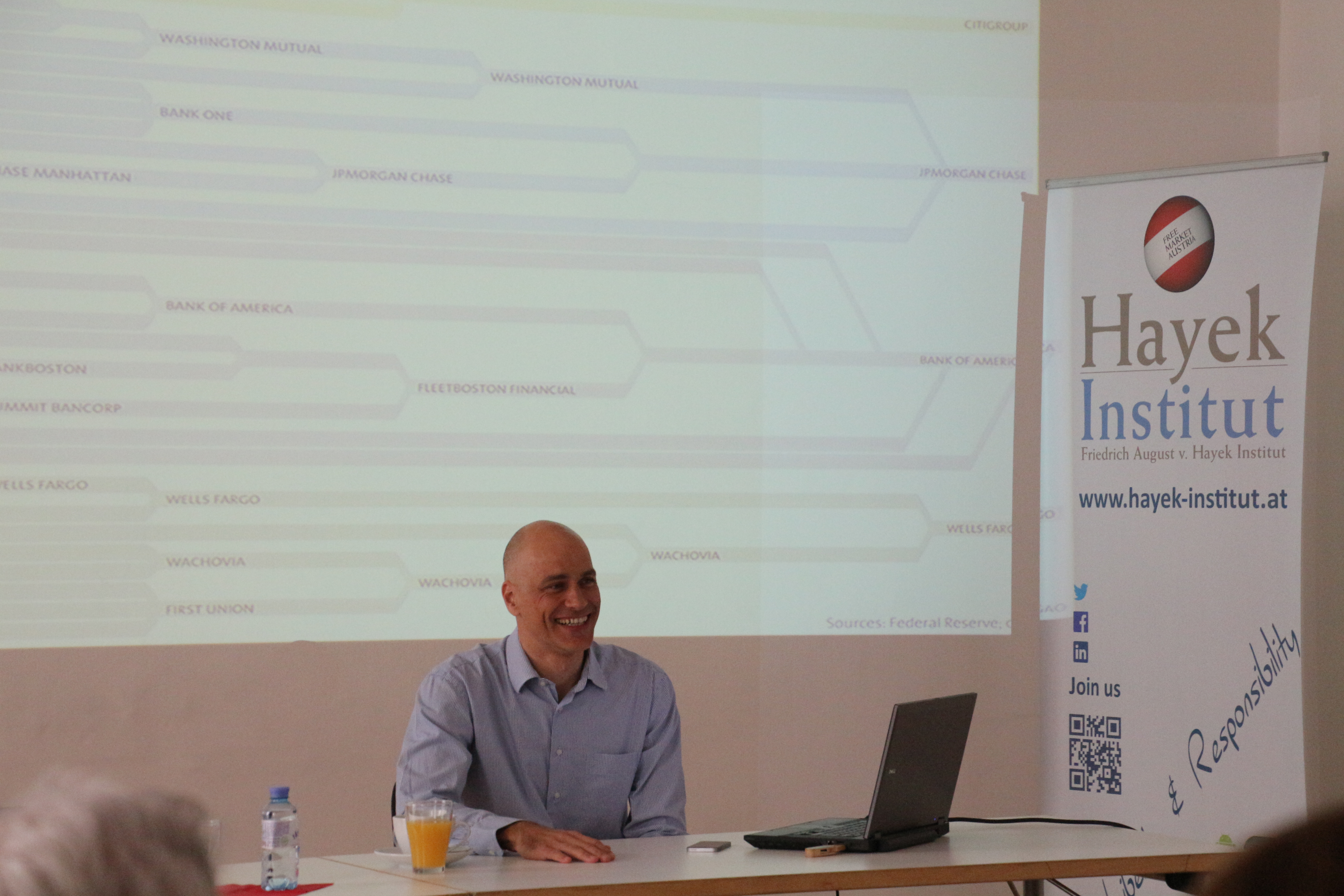 On the morning of April 3rd, 2019 co-founder and chairman of the board of the most-cited Slovak economic think-tank INESS, Juraj Karpiš visited the Hayek Institute. Following the traditional breakfast of the Centre Right Coalition Meetings, Mr Karpiš gave a talk for a very engaged audience.

He started his presentation by analysing the declared elimination of the 500 € bill, talking about the possible reasons and motives of the ECB for stopping “their most popular product”.  The official reasons for such measures as the reduction of crime and terrorism might deviate from more likely reasons like stronger monetary control and regulation. Pushing people to keep their money electronic by making it harder for individuals to withdraw their money from the banks and store large sums of cash, allows for greater control. Karpiš explained that money is an element of communication and measures like the restriction of cash would lead to a restriction on free speech.

In the following, he addressed what he calls “Financial Pandas”, meaning the special status of banks, which are treated like a protected species, not being exposed to the same competitive system as almost every other sector.

Moving on to the Euro and its future, Mr Karpiš explained how the ECB’s 0% interest rate policy effects the EU currency. He closed his speech by summing up the options of the individual consumer in dealing with those conditions and policies.

After the presentation, the audience had the chance to confront the lecturer with their questions, ending the event with a long and lively discussion.

Find the full video of the talk here: